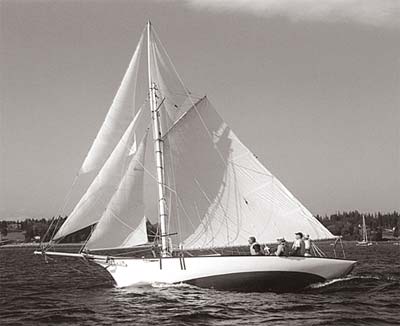 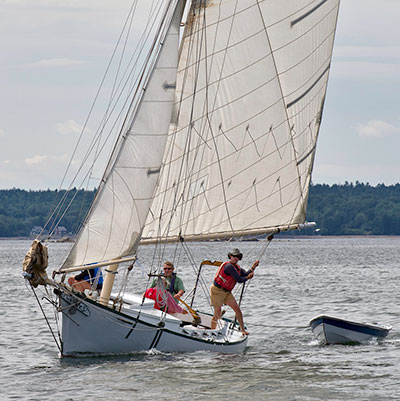 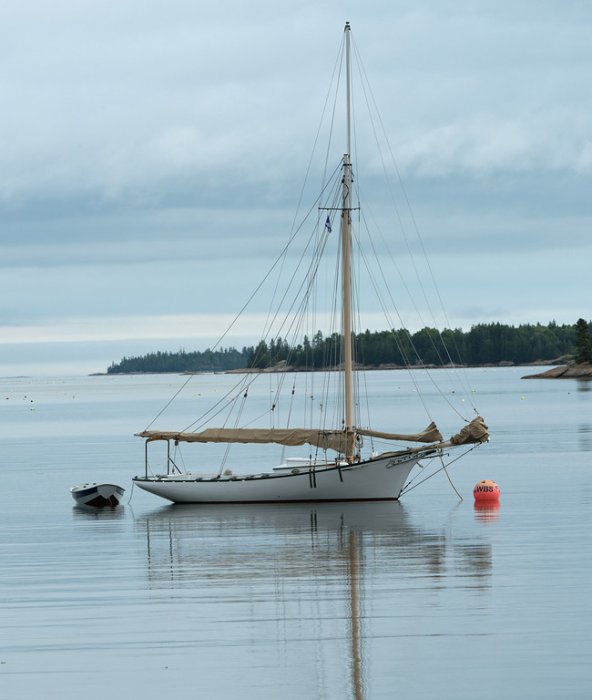 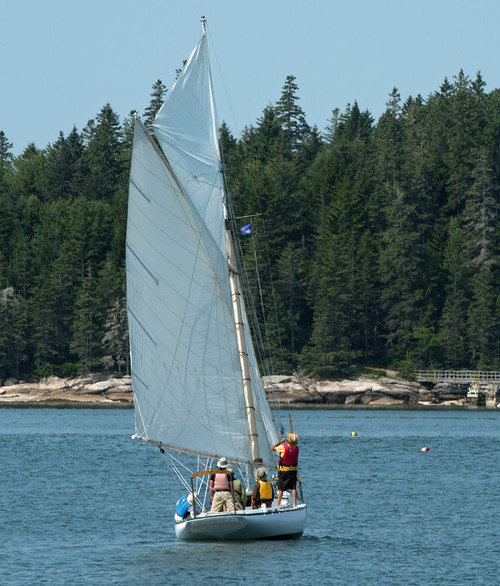 WoodenBoat founder, Jon Wilson, found small-scale drawings for this vessel in a 1907 issue of Boating magazine (no relation to the contemporary magazine). Taken with the lines, Jon published the original plans in WoodenBoat magazine No. 2 and later asked Joel White to create working drawings. These were eventually given to builder Gordon Swift and WoodenBoat School for actual construction. Upon completion, the boat would become a “floating classroom” in the school’s seamanship program.

Over six summers (2 weeks a summer for 5 seasons and 4 weeks for 1 season) Swifty led an assortment of dedicated students through the lofting process, set-up, framing, planking, decking, house construction, and rigging. In 1992 the BELFORD GRAY was launched at Brooklin Boat Yard before a large crowd of friends and wellwishers of the school.

The sloop is named after a highly regarded boatbuilder, instructor, and friend of WoodenBoat School. After a summer of sea trials, a series of seamanship courses have been offered on her each year. With plenty of lines to handle, she has proven herself to be a wonderful teaching tool and is very capable in both light and stiff breezes. With the passing of each sailing season, this Friendship Sloop is fast becoming a familiar and friendly sight in local waters.