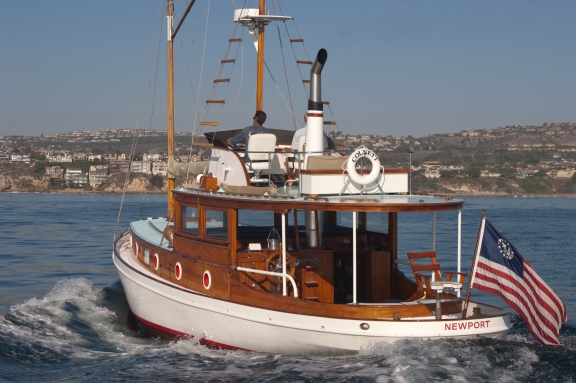 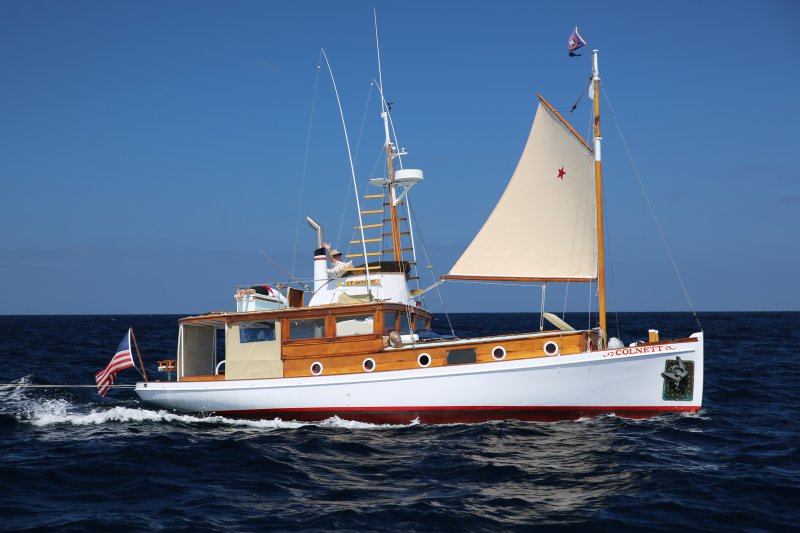 COLNETT is a 42′ motor cruiser which was built in 1924 by Seacraft Corp. in Wilmington, CA. She was built for Mr. Henry Vaughn, with sea trials and commissioning extending into early 1925. She was constructed to Edson B. Schock design #307. The hull is carvel planked with cedar on bent oak frames. Her cabins are built of select teak and her decks are tongue and groove, canvas or fiberglass covered. The original power was an Eastern Standard gasoline engine; COLNETT was re-powered with a Caterpillar Model D320 4-cylinder diesel engine in 1961. Changes from the original drawings include a modified window layout, an aft mast stepped to the top of the upper deck and fitted with a crows/nest viewing platform. Sometime after the WW II the flybridge was added.

In 1938, she was sold to Captain Frank Bivens with the express intent of catching broadbill swordfish on Tuna Club regulation tackle. After World War II, Mr. Bivens decided to travel and sold the boat to friend and fishing companion, Mr. Ken Neptune. Both Mr. Neptune and Mr. Bivens served as presidents of the Tuna Club in Avalon, CA. Mr. Neptune made many improvements to COLNETT over the years and continued to use her for sportfishing until his passing in 2005.

In 1997, the underbody was completely reconstructed with new planking, frames, and fasteners by Long Beach shipwright, Mr. Dennis Budd.

We purchased COLNETT in July of 2007 with the intention of continuing her legacy of sportfishing and local cruising. We both get great pleasure in caring for her. With many projects completed, we have many more in our sights.