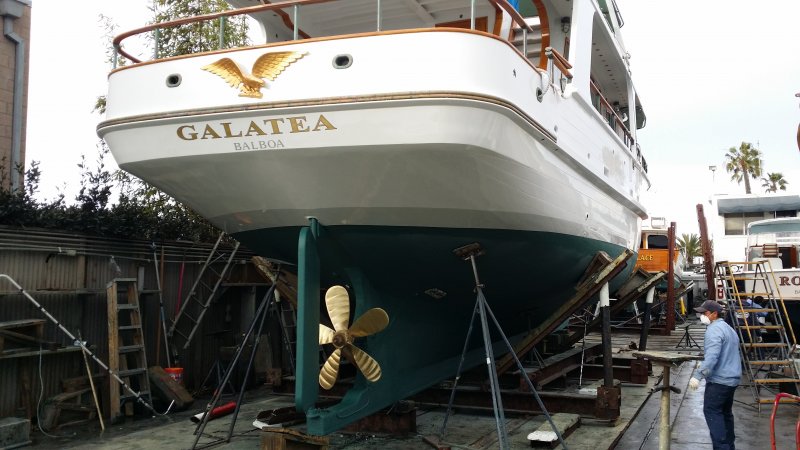 GALATEA was created to explore the West Coast from Mexico to Alaska. She’s a 53′ heavy displacement single-engine trawler built in 1967 for Bill Hanna, co-creator of The Flintstones cartoon series and other Hanna-Barbera productions.

GALATEA displaces 105,000 lbs, including 12,000 lbs of ballast. She is powered by a Caterpillar D-333 straight six-cylinder diesel with a dry stack exhaust. Her cruising speed is 8.7 knots at 1450 RPM, which turns her 46″ five-bladed prop at 322 RPM. Construction is fir on oak with Monel fasteners.

The hull type remains ubiquitous within the industry from Santa Barbara to Alaska. The fishing trawlers are required to work in all conditions and remain at sea for long periods carrying loads of ice, fish, and fuel. As yachts, the boats provide seaworthiness, roomy accommodations, and large tank capacities.

Over the past 18 years, GALATEA has cruised 36,000 miles on voyages to Alaska and Mexico, with many cruises to San Francisco and Southern California's Channel Islands.

From PassageMaker magazine: “Meet The Gem Of Catalina.”