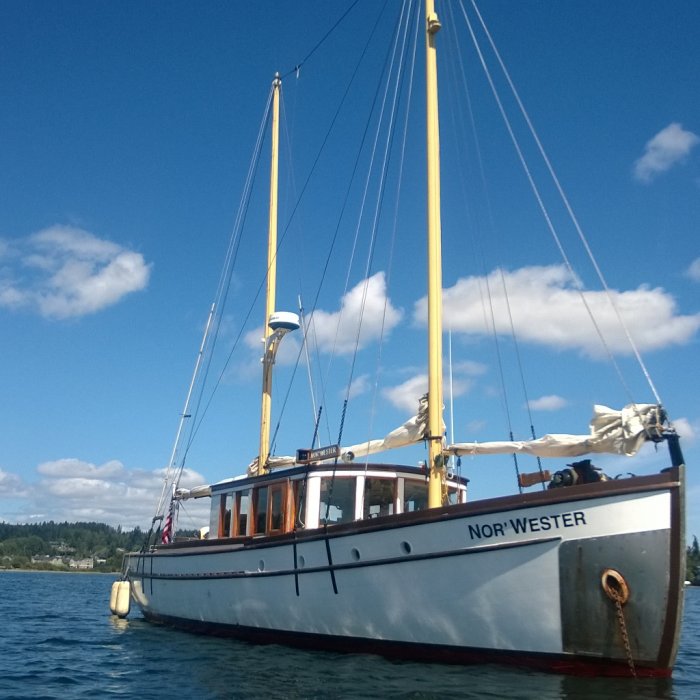 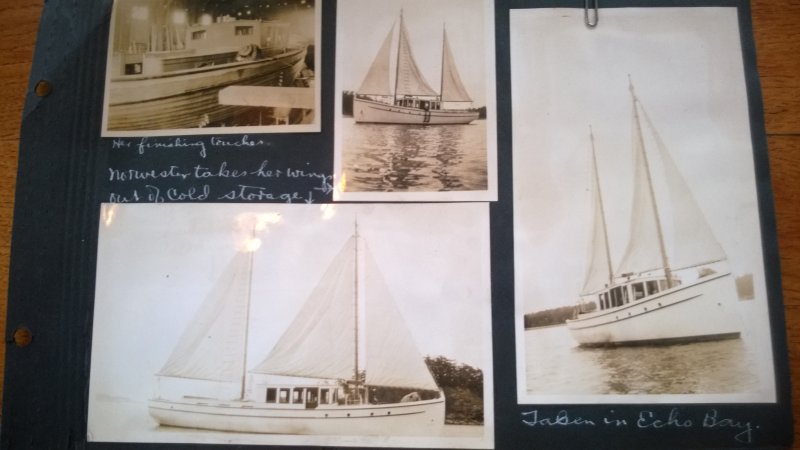 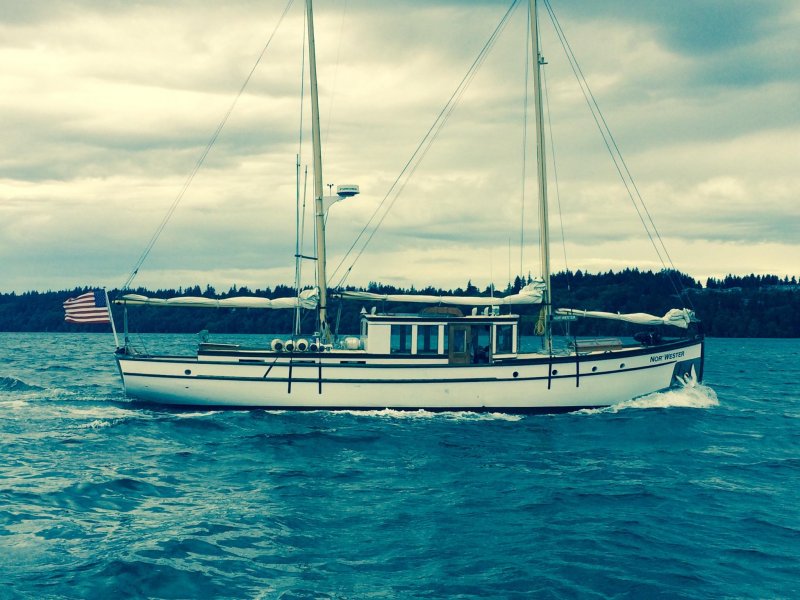 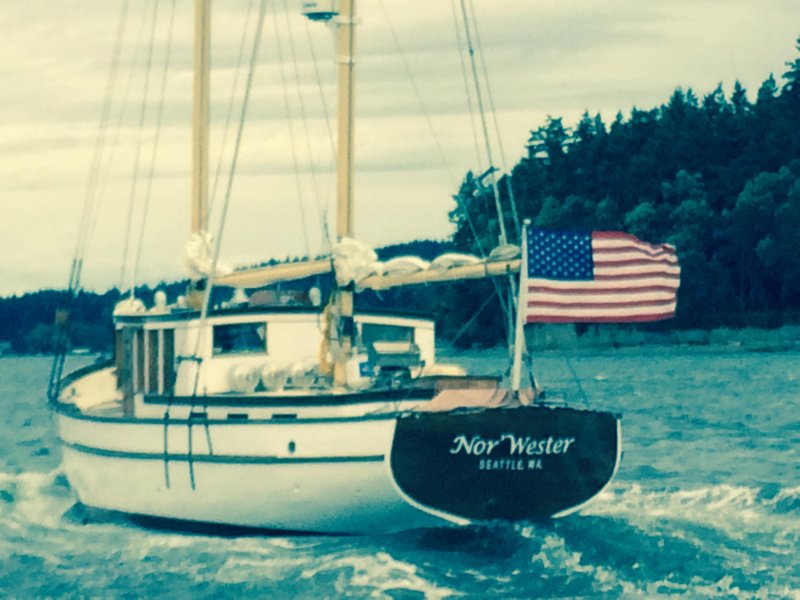 Originally built for Fred Clarke, a Mercer Island pioneer, and his son, George Clarke, a local, notable politician, the NOR’WESTER belonged to the Clarke Family from 1931 until 2012. The NOR’WESTER was used regularly, pre-I-90 Bridge, to ferry the family from Mercer Island to Seattle. During WWII, she served as a Patrol Boat, painted all in Battleship Gray. She also made many trips from Seattle to the family property on Nelson Island, BC. Now under new ownership, she will be preserved for many years to come with support and friendship of the Clarke Clan.

She was designed by H. C. Hanson, a local designer. Hanson designed hundreds of workboats, fish boats, and yachts. The NOR’WESTER is in mostly original configuration, and she certainly has a workboat feel to her. She has been referred to as a “Tugboat with sails!”

Her main propulsion is a Detroit 671 Diesel. She also has a Yanmar 2 cylinder Diesel, with an independent prop and shaft for slow speed trolling. Homeport for most of her years was Mercer Island, WA, now Seattle (Ballard) is her homeport.