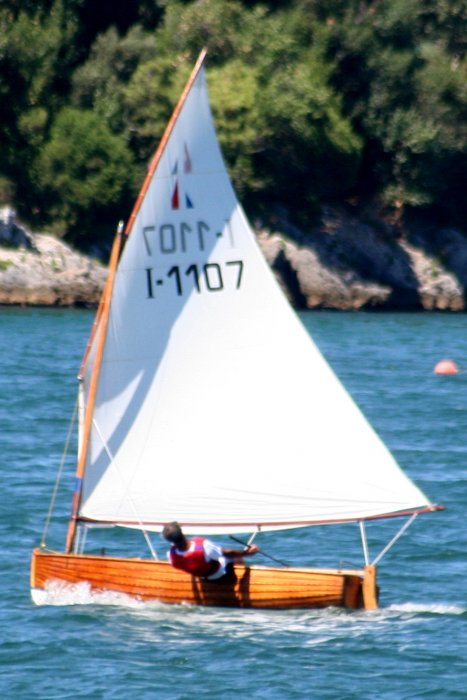 After the 2nd World War, resumed his devoted mainly to the construction of recreational small tonnage ( spears, drifts , etc. ). Went out of business around 1965 for abandonment of tenure .

A Brief History: From the research carried out at the owner's family of origin, it appears that it was ordered by the Commander Marine Manno, Spotorno.

Built in March 1959, and registered with the original sail number ITA 1107, at the Spal-Vad Yacht Club of Spotorno at No. 137, he participated in many regattas in the 60s.

Restoration: It was completely renovated in 2009