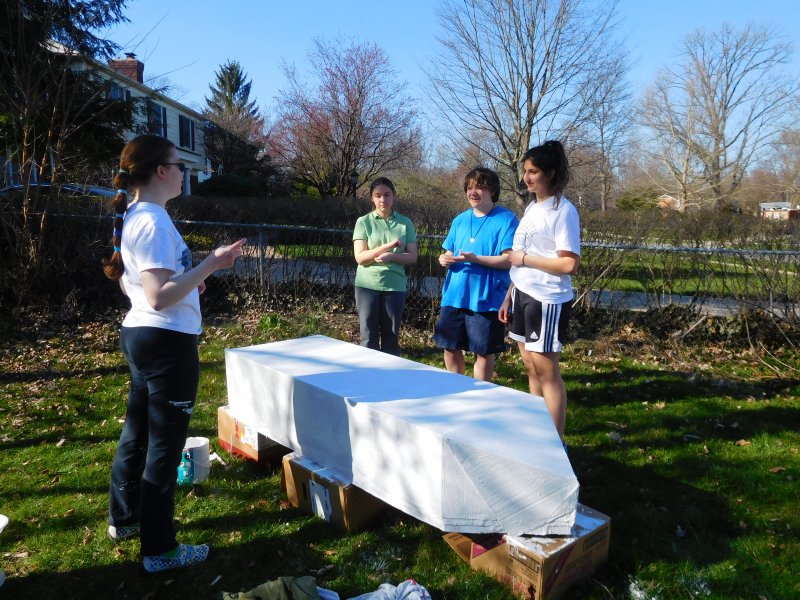 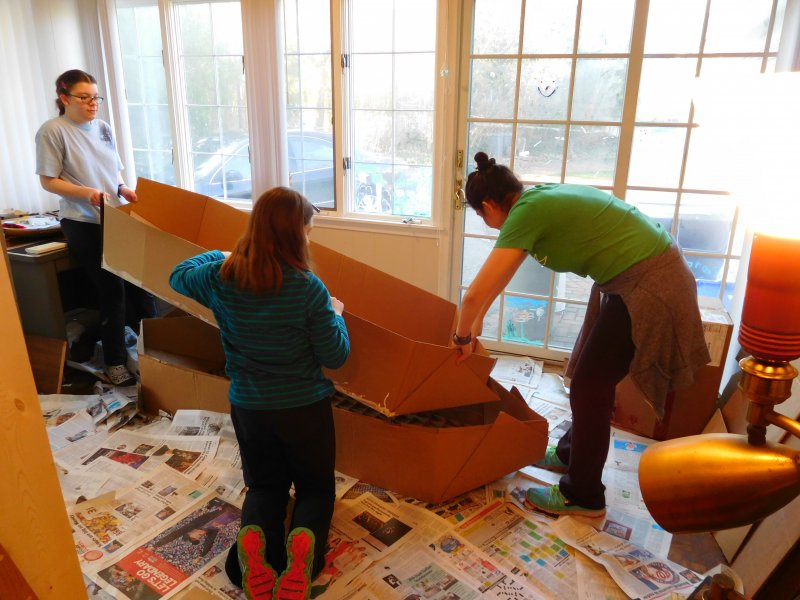 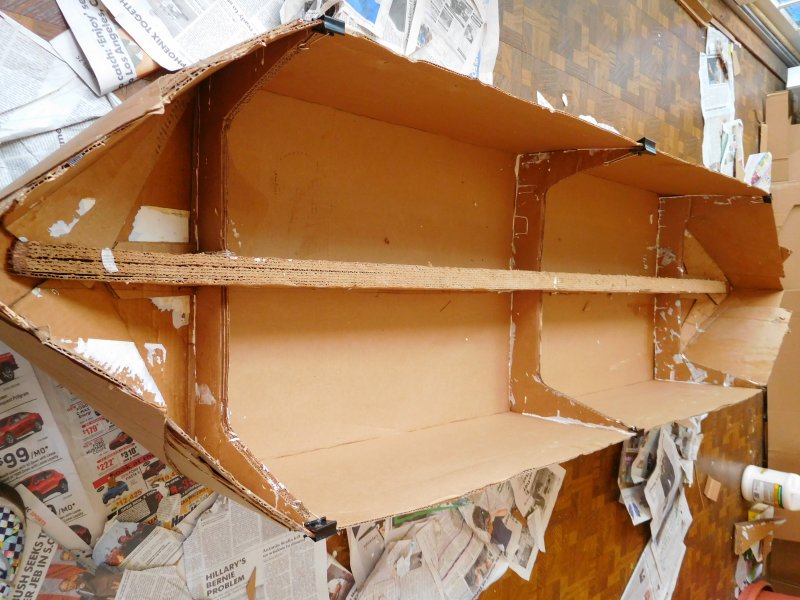 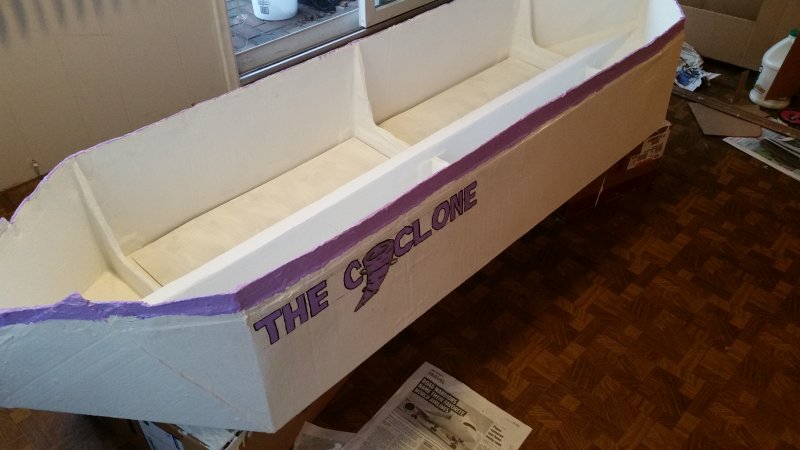 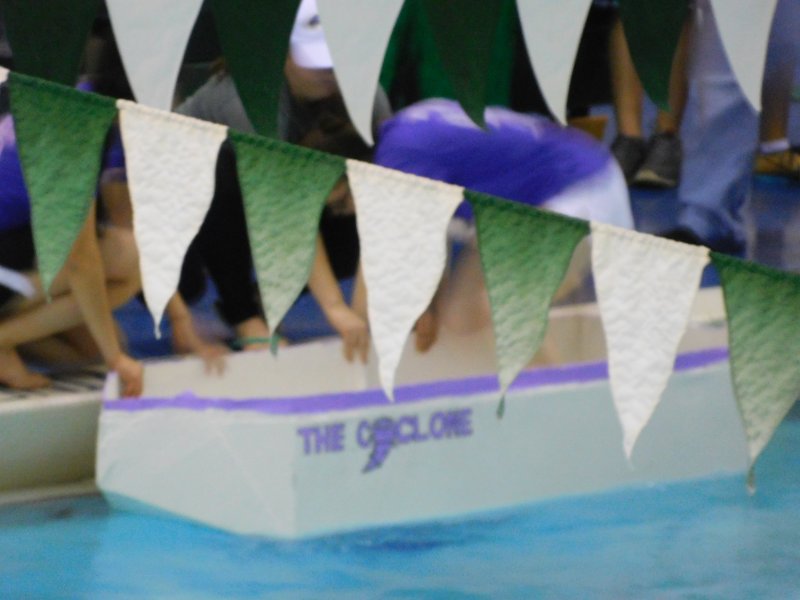 Last year, the physics class at the International Academy in Bloomfield Hills, Michigan, built cardboard boats as a class project. Each group of four students had to design a boat that could be built from 4′ x 8′ sheets of eighth-inch-thick corrugated cardboard. After creating their designs on paper, they built models and lofted the lines onto their cardboard sheets. They laminated the cardboard pieces into the keel, hull, and bulkheads, and sealed everything with waterproof basement paint.

One group in particular—Larissa, Gabbi, Caroline, and John—was very successful with their design. The team spent a combined 450 hours on their boat, which was 7′3″ long, 22″ wide, and 14″ deep. It could hold two team members, and they were able to maneuver it in the water fairly well. A number of the projects ended up in the dumpster, but they continue to enjoy their physics project, which they named CYCLONE.

Zirka Kalynych took these photographs and documented the project from start to finish.