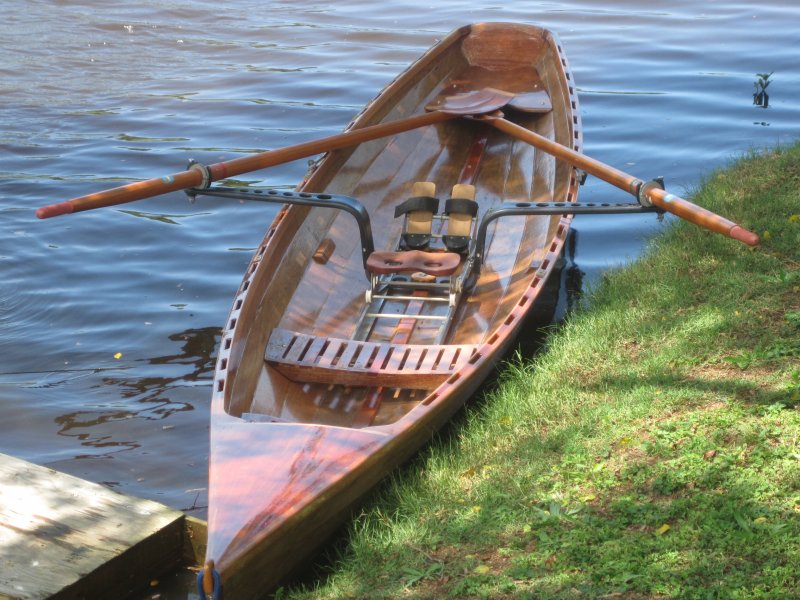 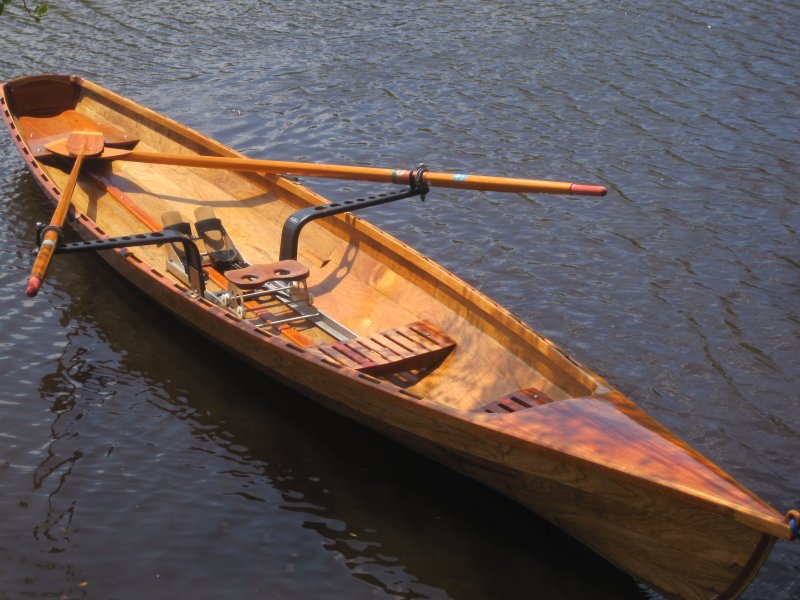 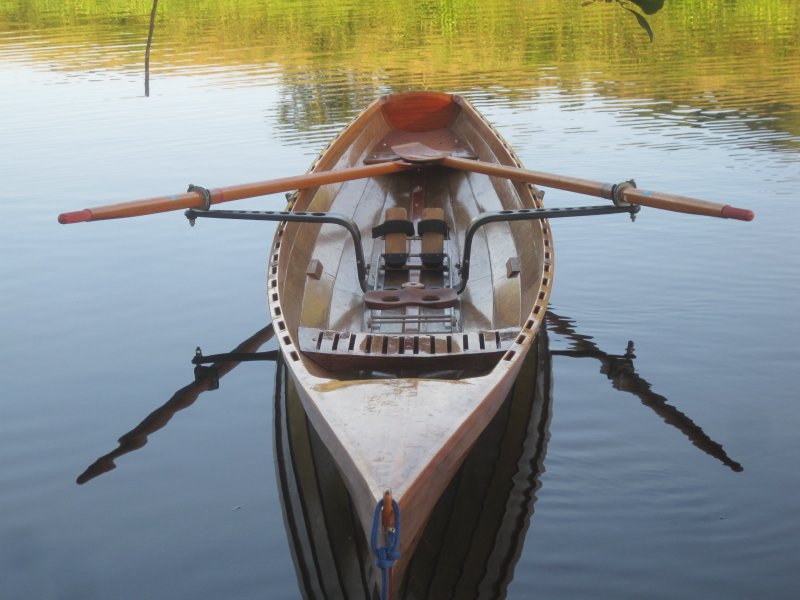 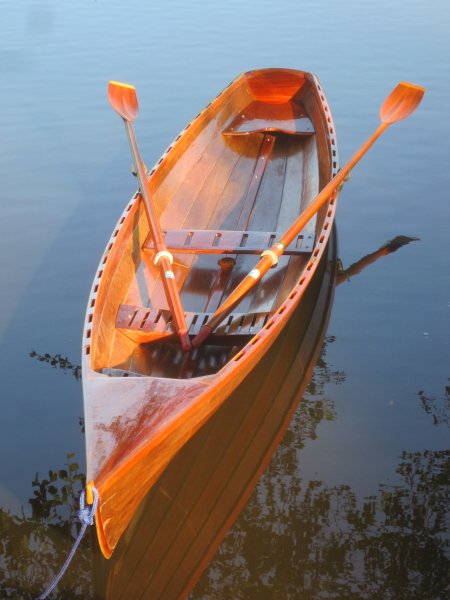 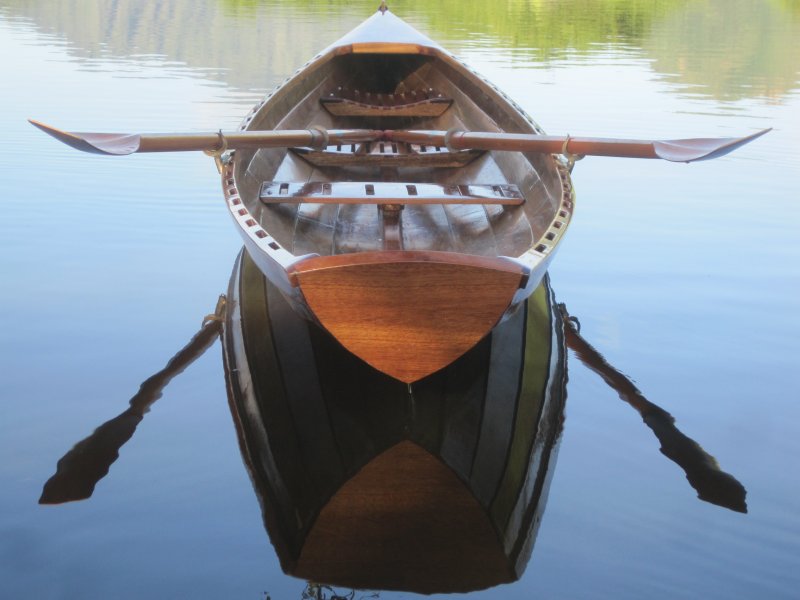 Rob Caveney launched this glued-lapstrake plywood Annapolis Tandem Wherry in April this year following plans from Chesapeake Light Craft. The hull is 18′9″ long, Rob reports that,“As advertised, this boat is a real rocketship. Rowing is nearly effortless, leaving almost no wake. I did find, however,that the skeg shown in the plans is essential for directional control, and not an optional design feature. Launched originally with only a small fin, and without a name, I was suddenly reminded of the movie, World’s Fastest Indian, where Anthony Hopkins is faced with stability problems on his ancient Indian motorcycle. My boat now sports a nice long skeg, and a name, INDIAN.

Rob altered the bow section slightly, giving it a hollow entry. He modified the interior to accommodate a drop-in sliding seat that he already owned rather than the one for which the boat was designed. The attached pictures show it configured for both the sliding seat, and for fixed seat rowing. Rob’s unusual zip-line launching technique was featured in Launchings of WB No. 233 with Rob’s Whitehall. He writes that, “It continues to function perfectly and now gets twice the use with two boats literally sliding into the water. I will use this boat for recreational rowing in Kailua Bay, Oahu, Hawaii, and look forward to starting the next one, as soon as INDIAN is sold.”