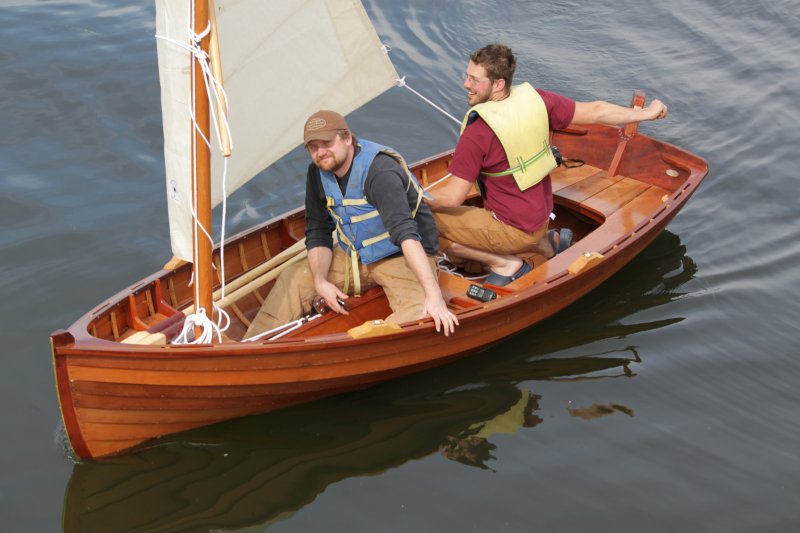 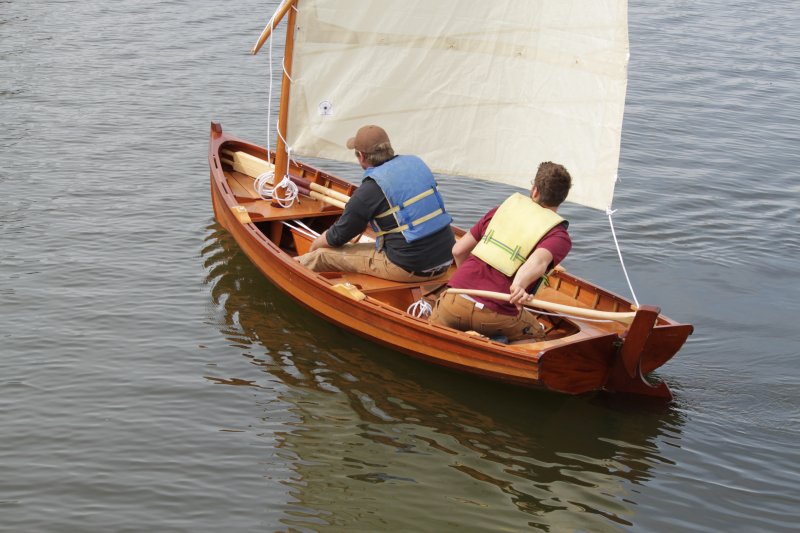 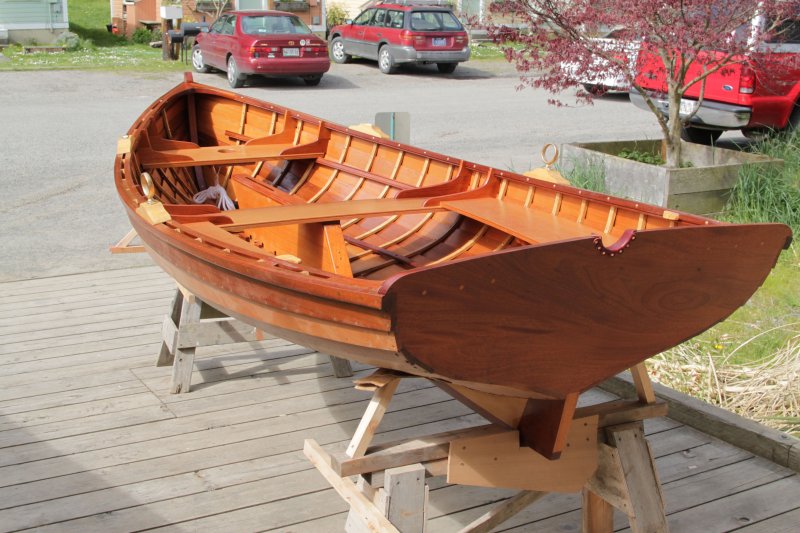 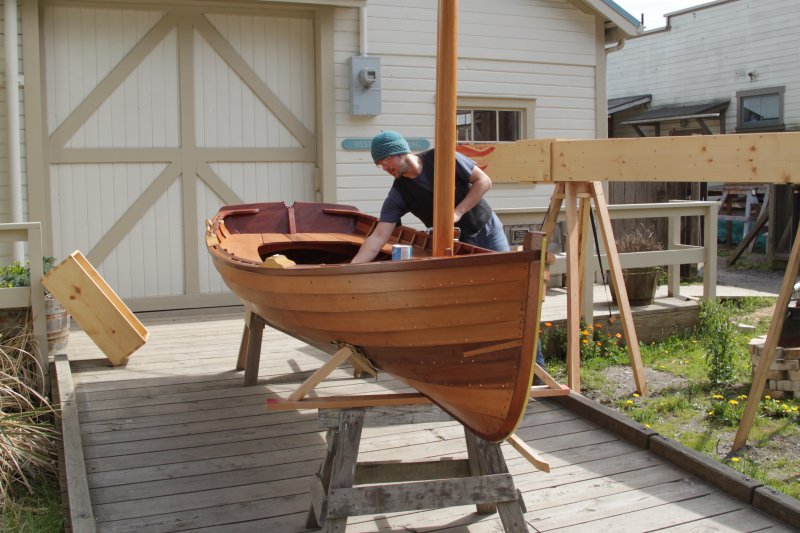 Over 40 years ago, boatbuilder Ray Speck drew the lines for the Sid skiff. He was living in Sausalito, California, at the time and admired JAYNE, a skiff owned by the harbormaster, Sid Foster. with Sid's permission, Ray took the lines from the 12′5″ lapstrake skiff, and used those lines to develop a range of skiffs from 13′ to 18′ long.

Ray thinks he's built about 100 of these skiffs during his 45-year career as a boatbuilder. His most recent one was launched at the Northwest School of Wooden Boat Building in May this year. Ray instructed the students in his Traditional Small Craft class at the school. They worked on her from January until May using traditional construction methods to build the cedar-on-oak hull. The skiff is 13′ overall, 12′ 6″ on the waterline, with a beam of 4′ on a draft with the centerboard up of 9″. She weighs about 150 pounds with her sailing rig aboard.

The school has a video of their boat under sail  on their website. You can row one of Ray’s Sid skiffs, built in the mid-1980s, at The Center For Wooden Boats in Seattle WA on south Lake Union. Their website is www.cwb.org.

The Northwest School of Wooden Boat Building is an accredited, non-profit, vocational school. Its mission is to teach and preserve the fine art of wooden boatbuilding and traditional maritime crafts. They build both commissioned and speculative boats for sale while teaching students the boatbuilding skills they need to work in the marine trades.