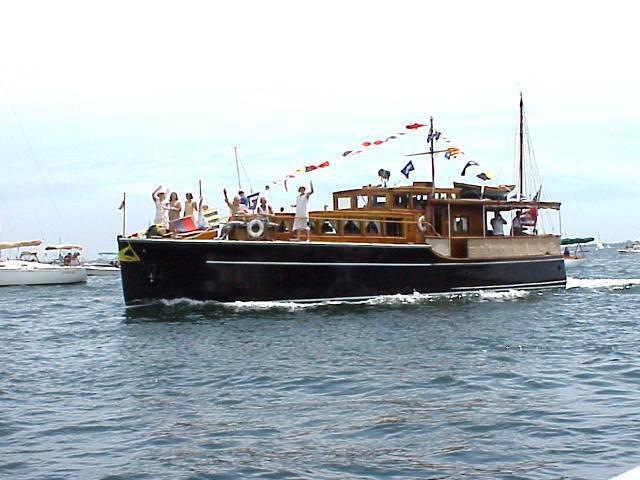 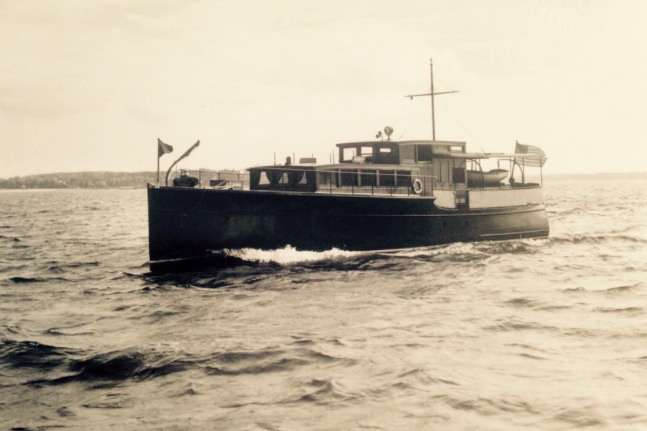 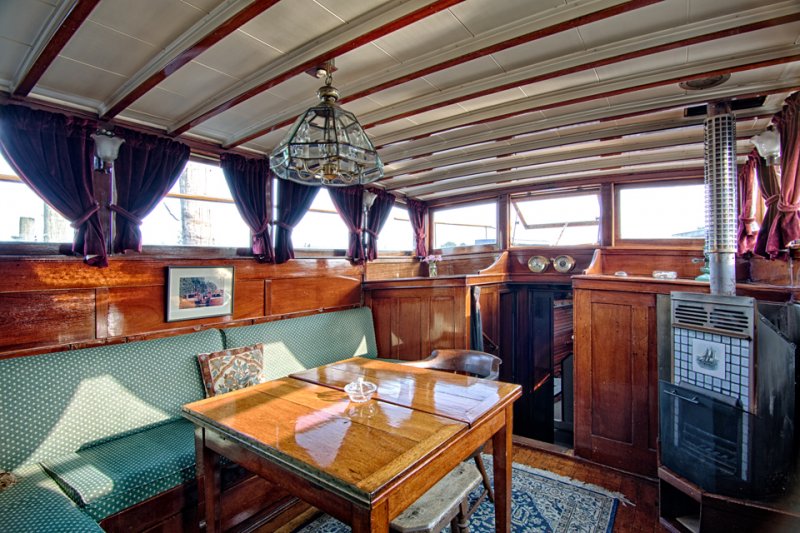 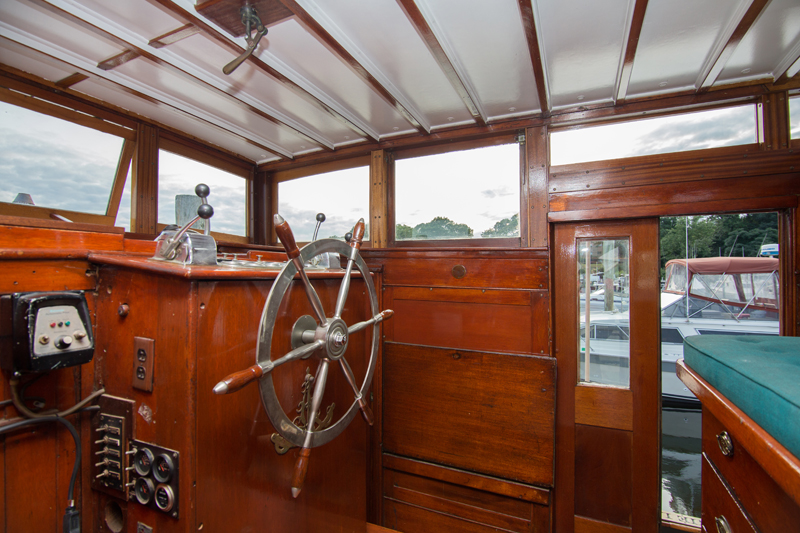 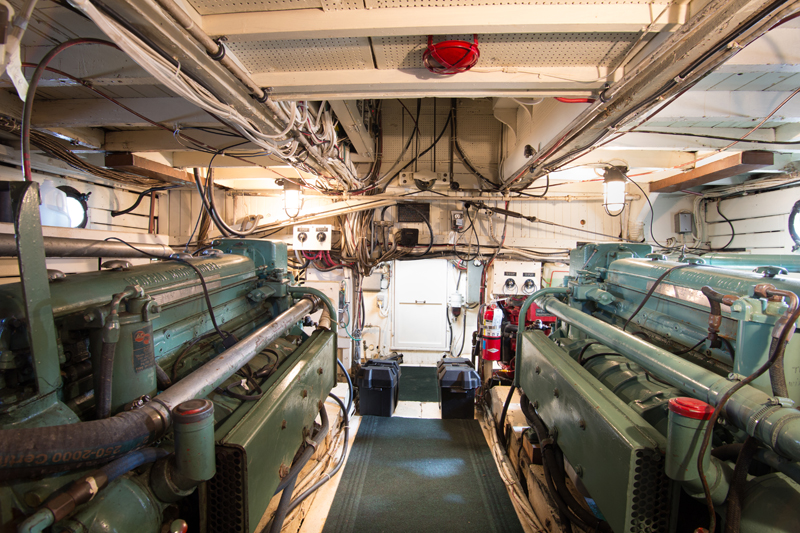 [Posted September 2015]
ANNIE LAURIE was launched in 1929 from Gray Boat Works in Thomaston, Maine, as BONITA IV. She was designed by Albert Condon.  Her original owner was not able to take possession because of the Great Crash, and she was subsequently sold to Frederick L. Putnam of Boston, Massachusetts, and christened GLADLAR.

GLADLAR was powered by twin Sterling Dolphin engines and was shown in a 1930 Motor Boating magazine article doing 26 knots. With her current twin GM Detroit Diesel 6-71s, installed in 1957, she now cruises at a comfortable 12 knots.

During the period prior to World War II, GLADLAR spent her summers in Massachusetts’ Marblehead Harbor off the Eastern Yacht Club. She was used by Mr. Putnam to commute to his office in Boston from his summer home in Marblehead, as well as to cruise the New England coast with clients. In the fall of each year, GLADLAR motored down to Florida, and was berthed at Brazilian Dock in West Palm Beach, Florida. GLADLAR was always maintained by a captain and steward.

At the onset of World War II, GLADLAR was conscripted by the United States Coast Guard for coastal patrol. GLADLAR was stationed was off of Cape Cod, where she spent nine days on duty listening for submarines and five days in port. She was reportedly fitted with 50 caliber guns and a depth charge rack.

After the War, Mr. Putnam repurchased the vessel and she continued to spend summers in Marblehead and winters in Florida. The captain at this time was Capt. Cliff Larson. Mr. Putnam died in the late 1970s and the vessel was sold to interests in Maine. In the early 1980s, GLADLAR was purchased by a woman in Connecticut and renamed ANNIE LAURIE.

ANNIE LAURIE was purchased by Capt. Barry White in 1985. An extensive restoration was started to return ANNIE LAURIE to her original condition, or better. This work included new teak decks, a new canopy over the aft deck, a reconstructed pilot house, significant interior work, and also included rewiring the electrical systems, and engine and transmission rebuilding.

ANNIE LAURIE was owned by Barry’s family until September of 2015, when she was transferred to the present owner.