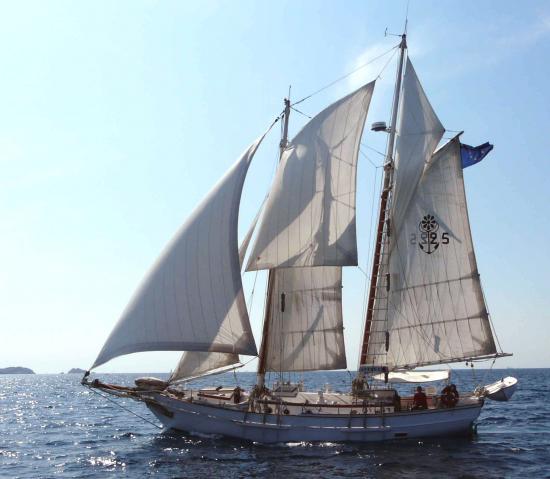 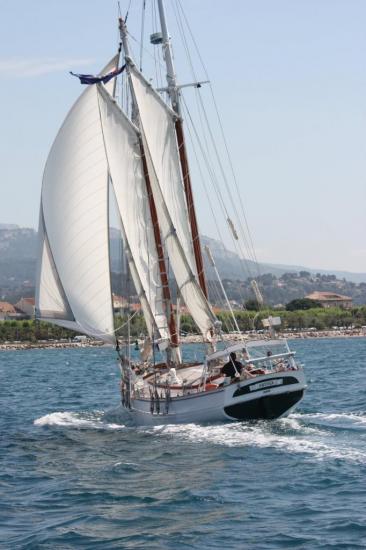 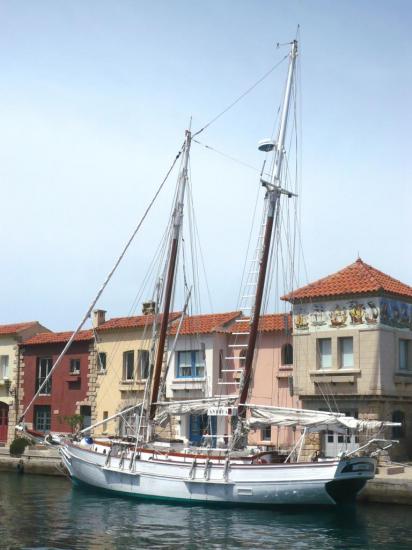 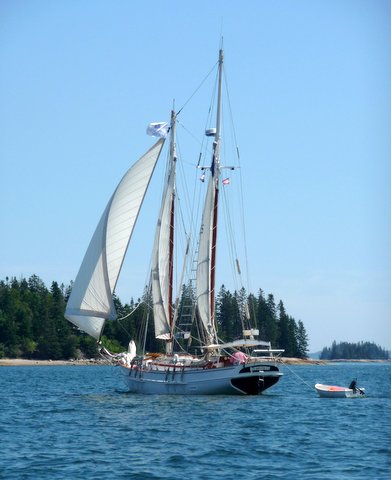 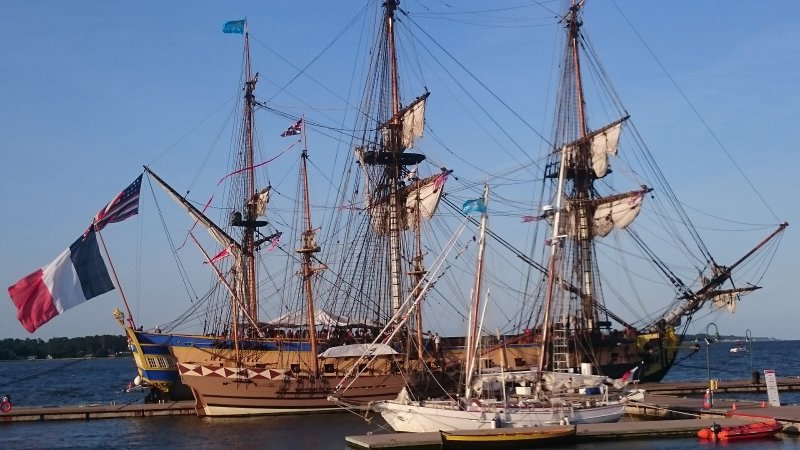 All the structure, keel, and frames, are laminated.

The planking is, from inside to outside, Hemlock strip planking, two plies of cold molded Mahogany, external Iroko classic planking.

All spars are laminated hemlock.

She sailed the west coast of France with the first owner, Pierre Bernier, then I sailed her to the Med in 2005. She now sails extensively in the Med.

In 2007 she went to Carribean and up to Charleston, SC.

In summer of 2014, she sailed down to the Canary Islands in order to cross the Atlantic again to join the L'HERMIONE in York Town in April, 2015.