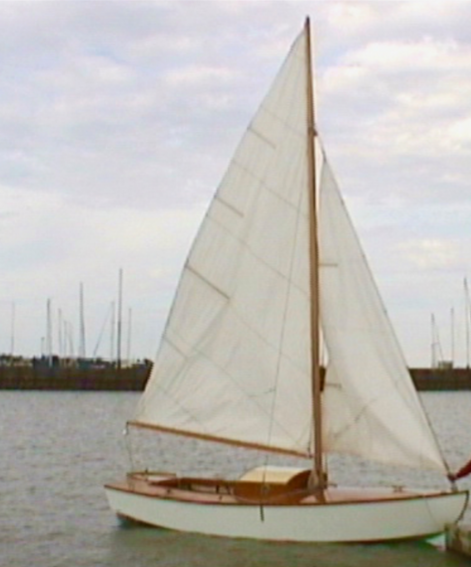 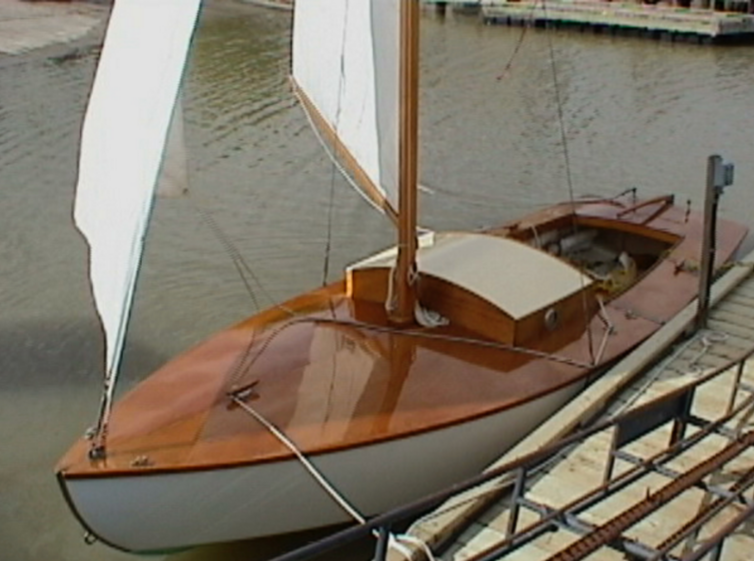 BIBI is a hard-chined, plywood centerboard sloop built in 1964 by hobbyist Ludvik Zbigniewicz, apparently to his own design. She has a long, fine entry, considerable rocker, and a tiny, distinctively squared-off cuddy with a small porthole on either side. BIBI is bronze fastened and heavily framed for her size—a reflection of both the conservative approach taken by builders experimenting with plywood in its relatively early days, and also of the fierce prairie winds and steep chop on Lake Winnipeg, for which the builder designed her.

Her prior owner, Jack Mathias of Nanaimo BC, owned her from 1997 until 2017, and relayed this history. "She was built...for sailing solo on Lake Winnipeg ... If you don’t know that lake, it’s roughly 400 km long, north to south, 100 km wide, and averages only 12 m deep. With that length of wind fetch, flat surrounding countryside and shallow depth, the lake can get extremely rough. That’s why the vessel is built so strongly, comes with a canvas storm jib and a drogue, has extra fore and aft flotation, and has the roller boom for reefing the mainsail. I suspect the small thermometer and barometer mounted in the forward bulkhead of the cabin is to watch for squalls and thunderstorms, for which the prairies are famous."

The builder's daughter confirmed that Mr. Zbigniewicz built BIBI. "As a matter of fact", she wrote, "he built several and this one was the largest, built when the new baby was born, to accommodate his growing family. I'm that baby."

Zbigniewicz was born in 1918 in Warsaw, Poland. He enrolled in the Sea Cadets and sailed tall ships in the Baltic. He enlisted in 1939 and served in the Polish army before being captured by the Germans and imprisoned for the duration of World War II. After being liberated, he rejoined Polish troops in Italy and eventually emigrated to Manitoba, where he worked variously as a farm hand, lumberjack, for a gas company, and as a business owner. In addition to woodworking, Zbigniewicz also enjoyed working in metals, and he cast or machined all of the metal fittings on BIBI. He passed away in 1997.

With only three owners from new, BIBI remains remarkably original and is a proper little yacht.