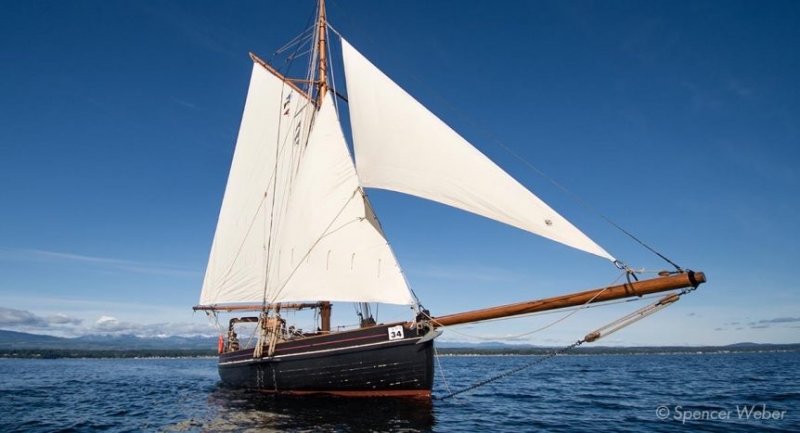 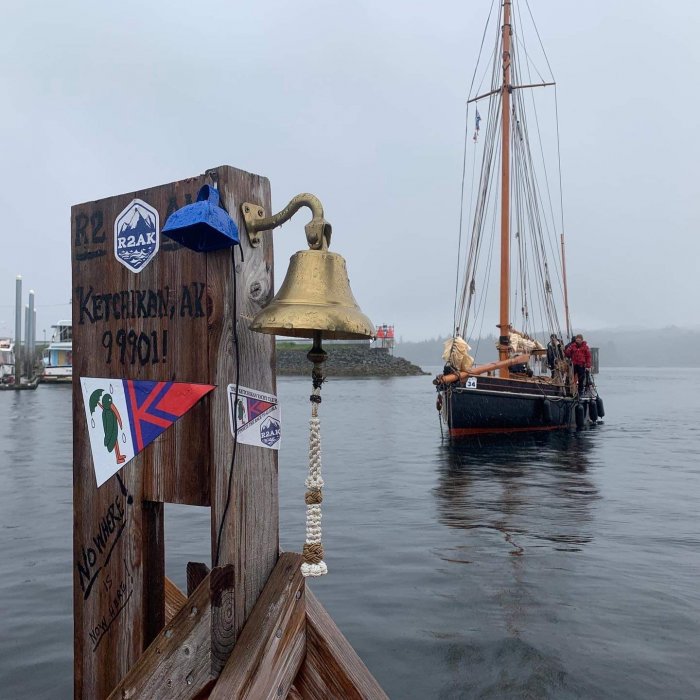 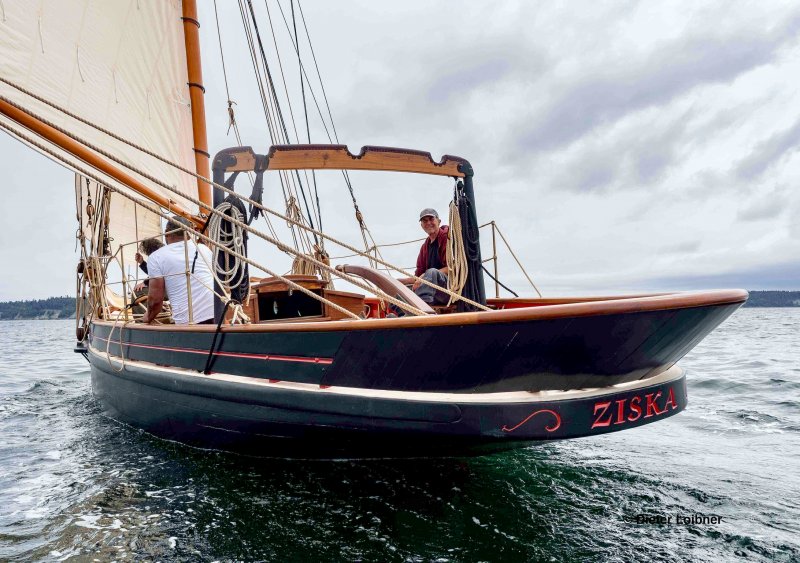 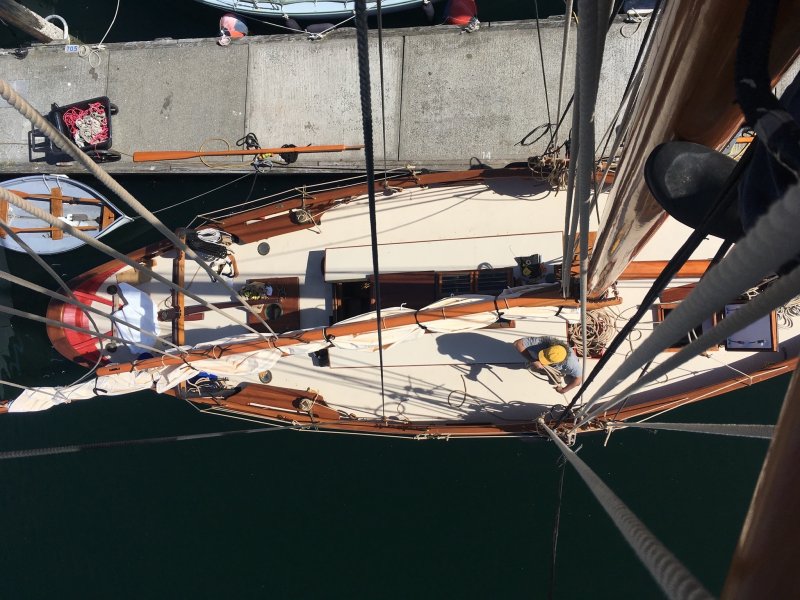 Ziska was first launched on 28th January 1903. She was built in Arnside, England, by the Crossfield Brothers, renown builders of work boats, to the lines of a Morecambe Bay Prawner, but built as a racing cruising yacht.

For the first 20 years of her life she was very successfully raced on the coast of Ireland, mostly sailing out of the Royal Cork Yacht Club, where she is well remembered on the silverware. After that she was used as a family cruising boat until being laid up for the Second World War from which she didn’t really recover. Ziska broke a mooring line in a storm in 1974 and was all but wrecked on the rocks. A series of owners whistled away on her over the next 20 years until she was heavily restored in 1998 by an 18 year old sailor, shipwright, and Englishman, Ashley Butler, with no money. He reframed, replanked, redecked, rerigged, and god knows where he got the spars, shrouds, and blocks from. She originally had an engine but it’d been long since removed. Ashley soloed her across the Atlantic and 25,000nm in six years.

Ashley sold her on the Chesapeake Bay to a charter skipper but in 2008 he lost interest. A sailor shipwright friend of Ashley’s bought her and trucked her to Port Townsend, lived on her for six years and sold her to another live aboard. She’d been derelict for four years when she came to her current owner who took her on as a rescue project.

In the first week she was hauled, derigged, hull wooded, ballast sandblasted, surveyed (no surprises, which is surprising) and moved to a shop. It took a crew of Port Townsend wooden boat restoration luminaries working for a year and a half to get her back in the water, rigged, sailing, and she entered the 2019 R2AK and made it to Ketchikan under sail and oar (half a knot sustainably but sprints to three quarts of a knot). She returned to Port Townsend offshore, west of Haida Gwaii and hauled again for refastening, stem work, a couple planks, and installation of a 10KW Torqeedo pod drive. 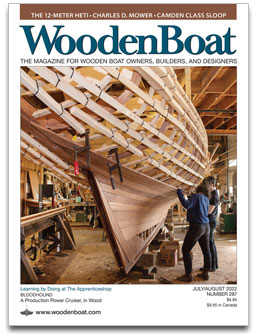