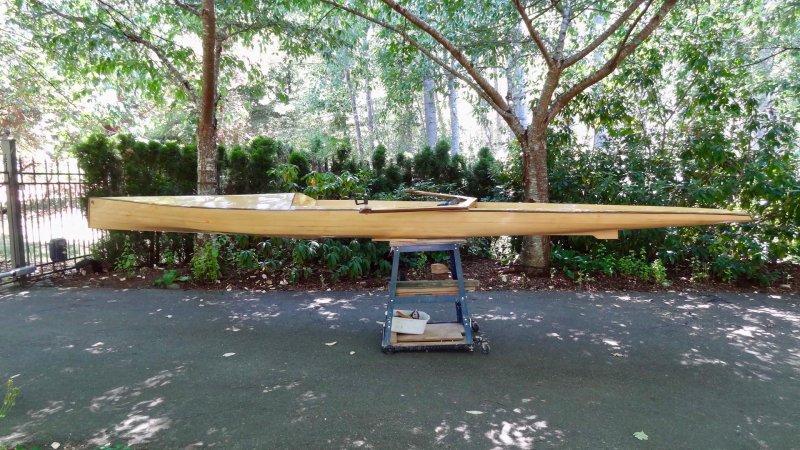 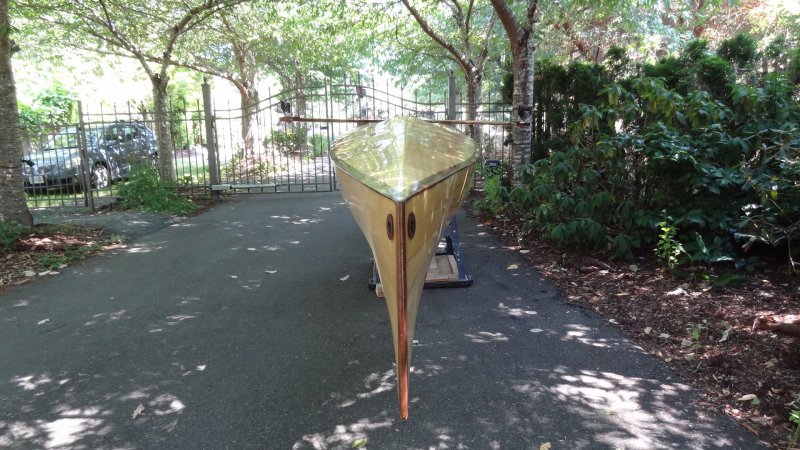 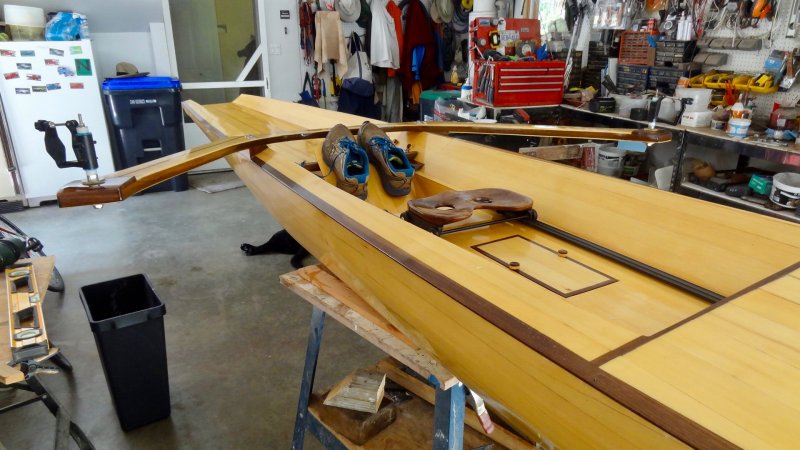 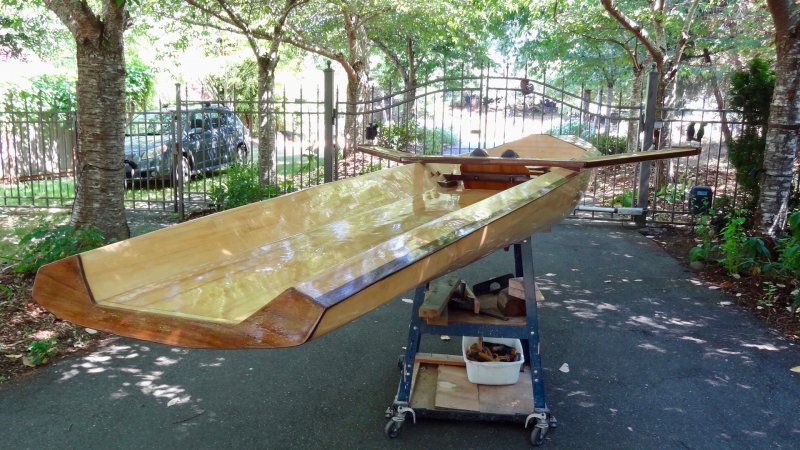 Some pictures of a just completed build of a Coastal Rowing single that I will row on local waters on both sides of Vancouver Island, where I live. I’ve been rowing for over 40 years and also have a flatwater single I built many years ago to a modified Graeme King Design (“Kingfisher”) using plans purchased from the WoodenBoat Store (in 1991!). However, suitable flatwater is hard to find locally and it is a rare day one can safely get onto the ocean — hence the Coastal build.

As built the hull is 5.95m overall, 0.75M wide, maximum hull depth of 0.4M. While I had hoped to finish at ~38Kg, my tendency to overbuild resulted in a rigged final weight of ~40Kg. I designed her to be able to beach camp if desired, hence the increased hull depth forward and I chose to use a reverse stem because I like the look. I estimate up to 75kg of gear and water can be carried easily without affecting balance.

Construction is best described as semi-monocoque with the strips over longitudinal stringers and bulkheads. The hull, stringers and bulkheads are yellow cedar ripped from nominal 2x6 stock purchased green and air dried. Boards were a mix of 10′ & 12′ long. Strips were milled to ~41x3mm. Walnut is used as the contrast wood for gunwale strips, stem, transom, seat and rigger. The inside is epoxy sealed with glass reinforcement at key points like turn of the bilge. The outside is glassed with 4oz cloth and finished with spar varnish for UV protection.

The rigger is a rear mount wing of yellow cedar laminates & walnut highlights reinforced with carbon fibre to minimise vertical movement. It took a lot of time to get right to be sure it was both strong enough and met requirements for rigging angles, work height, etc.

Oarlocks are by Concept2 and the seat slide & carriage is by Hudson boat works. I built the seat out of walnut using an ancient Pocock seat I have as a template. Power will come from a pair of Piandetosi Macon blade sculls I've had for 30+ years.

Overall, I'm happy with how the boat has turned out, but "the proof is in the pudding" and I won't know until my initial row - which is planned for one day this coming week. Fingers crossed!