Sights On A Delivery—Part Two

After running the northern New Jersey coast between Manasquan Inlet and Sandy Hook in the restored 1965 Chris Craft Commander 27 JB, we entered New York Harbor on May 3rd at 11:30. The 5-foot swell that was running turned into the Harbor, and JB literally surfed down the ground swells, blowing out big wings of spray as her bows plowed into the wave troughs. I had never experienced anything like this before (all my ocean encounters having been in sailboats), and after the initial alarm I felt, found it quite exciting.

As we approached the Verrazano Narrows, we passed Ocean Valour heading out to sea on her way to Salcombe, UK, 3,800 miles across the North Atlantic Ocean. Tom Rainey and Lawrence Walters were rowing to raise money for the Brain Tumour Charity. They have been at sea for over 51 days at the time I am writing this!

Coming into the East River, we saw Ocean Valour, a very-serious-looking rowboat, just starting her voyage across the Atlantic Ocean on May 3rd.

Manhattan is a unique experience when viewed from the water, and I took many photographs (with my new camera) despite the fact that I have sailed in this area many times over the past thirty-five years. However, I had never seen the new World Trade Center.

Manhattan viewed from the water—the new World Trade Center is on the left.

We entered the East River with the tide running strongly against us. One of the perks of a powerboat is that this is even viable. In all my trips by sailboat, I frequently had to wait for slack-water—or better still, to have the current with me. When your top speed is 8 knots, running against a 5 knot current is not very practical.

In the summer of 1981, I worked as a shipwright at the South Street Seaport Museum in lower Manhattan. I met Tony Bianco there, who became one of my best friends for life. At that time, Tony ran two restaurants in lower Manhattan: Chapter Eleven, and Ruben’s Empanadas. He was also attempting to restore a 1928 Alden Malabar Junior sloop on City Island, and I ended up helping him finish the project (see “A Story of Priorities”— WoodenBoat #65). Tony named the sloop IMAGINE, after John Lennon’s famous ballad, and she was an incredible sailboat—fast, dry, weatherly—and knock-down-drag-out beautiful! Many years later I chose the Chris Craft Commander 27 to restore for Tony to use in his old age. Tony named her JB, after his father. 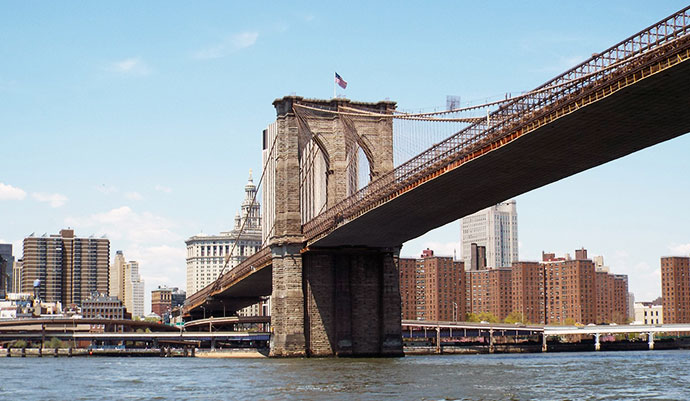 Fighting the currents in the East river, with Tony driving, we hit a violent whirlpool that spun JB 180 degrees in three seconds flat, throwing bottles off her shelves, rearranging the jerry jugs in the cockpit, and narrowly missing me with the air-born espresso pot! After that, I took over driving, ran closer to the Brooklyn side of the river, and increased our speed to achieve greater control. We saw some interesting sights on the river banks. 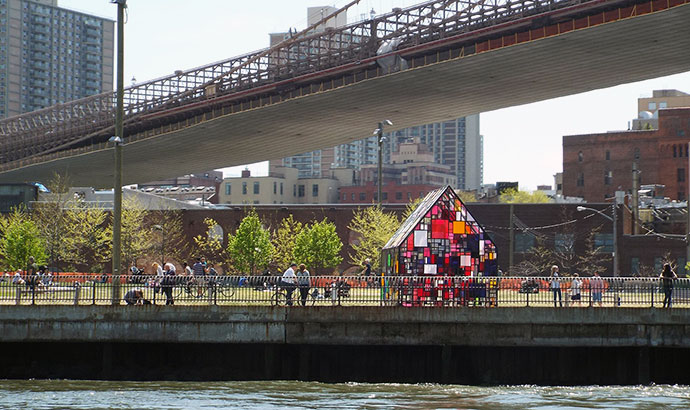 A colorful “glass house” structure in Brooklyn under the Manhattan Bridge.

The weather in New York was almost balmy—a beautiful spring day in contrast to the cold, wet, windy weather we had endured on much of our delivery. New Yorkers were out in style all along the waterfront on both sides of the East River.

A glass pavilion on the Brooklyn shore.

New York architecture has always fascinated me, and I especially love the old bridges. Tony had never seen them from underneath, in the East River, and we enjoyed the view. Other well-known architectural marvels must include the Empire State Building and the Chrysler Building. 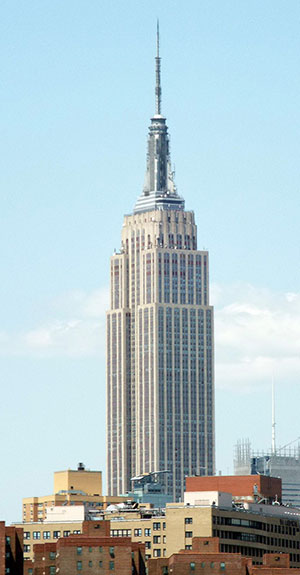 The Empire State Building, as viewed from the East River. 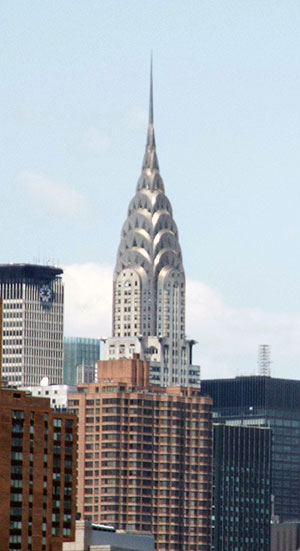 I noted a strange-looking building under construction, and Tony told me it would contain the world’s most expensive apartments when completed. I gather each apartment will include an entire floor, encompassing 360-degree views. 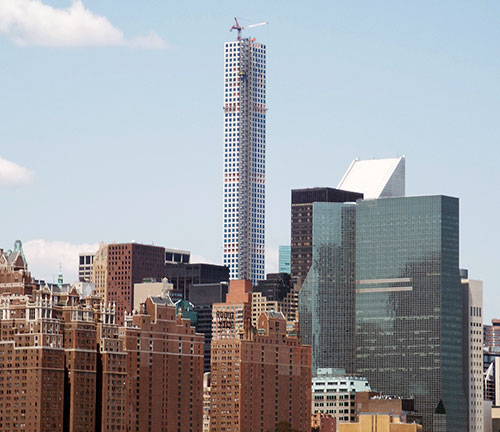 The world’s most expensive apartments—building under construction.

We passed under LaGuardia airport’s approaches, with planes flying right over our heads. 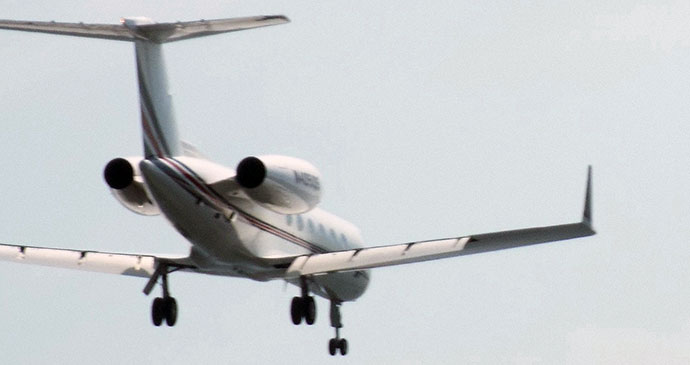 A commercial jet over the East River about to land at LaGuardia Airport.

We got through the infamous Hell Gate without incident, and passed under the Whitestone and Throgs Neck Bridges to enter Long Island Sound. Last stop was at Minneford’s in City Island, where JB’s new slip awaited her. 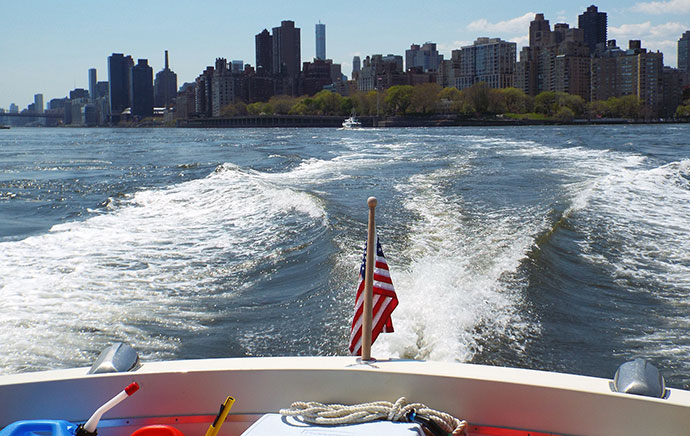 JB leaving New York City behind in her wake. 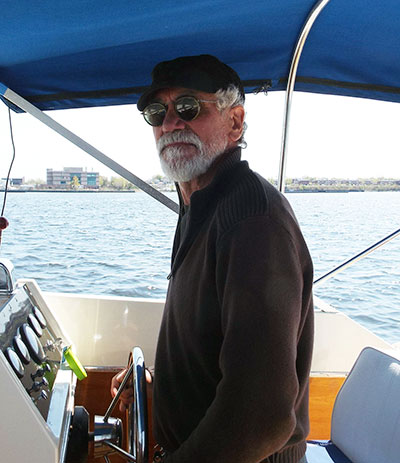 Tony Bianco at the helm of JB. 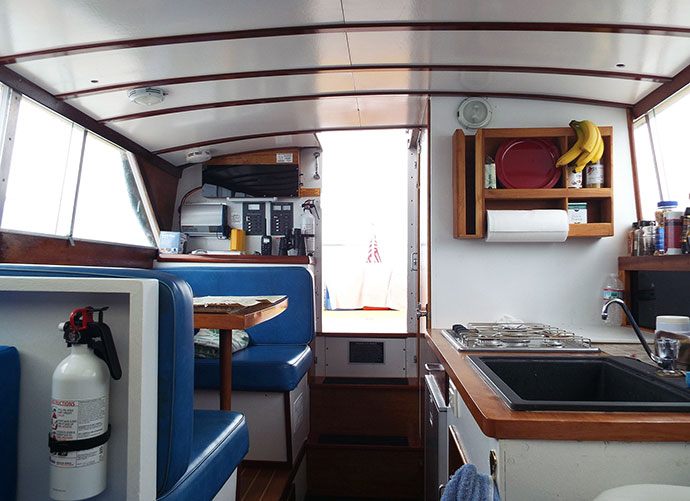 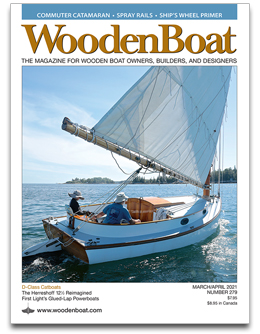